All of the Truth About Designer Drugs

Designer drugs are psychoactive substances that are developed in order to circumvent prohibitive laws. Due to delays with identification and classification, the newest designer drugs pose a special danger, because up to a certain point they are legal. After their prohibition, drug chemists synthesize new molecules that have a psychotropic effect, and the number of club designer drugs increases.

Since their list is constantly updated, it is impossible to bring it in full. However, all synthetic designer drugs have similarities:

It is worth noting that the types of designer drugs are classified according to the same scheme that is used for “classic” narcotics. Since today more than 90% of drug addicts “sit” on synthetic counterparts, synthetic drugs are presented in each group. So, here are the main kinds of club designer drugs:

In addition to the unexplored chemical composition, such substances are fraught with other dangers:

Since these medications are not well studied by scientists and doctors, and sometimes they are completely unknown, the diagnosis in case of poisoning or overdose is complicated. This makes it impossible to carry out a specific treatment.

Another danger, which also follows from the lack of knowledge of many synthetic drugs, is that their narcotic breadth is also unknown. This means that the difference between the current dose and the amount of a substance that is life-threatening is unknown.

Are such Substances Legal?

No matter how regrettable it may sound, but up to a certain point, designer drugs are indeed legal. Drug dealers successfully perform this trick from year to year, because if the preparation is not in the list of prohibited substances, it is not possible to charge it. That is why the relevant authorities are constantly monitoring the release of the newest synthetic drugs to make them on the list, and clandestine chemists in turn create more and more new formulas.

Dangers to Be Aware Of

The danger of using designer synthetic drugs lies not only in the fact that they cause severe mental and physical dependence, but also a number of negative consequences:

Designer drugs are made uncontrollably in illegal laboratories. Therefore, the consumer does not have guarantees not only of their quality, but also of concentration, and the effect exerted.

Our drug addiction professionals at FloridaRehabsExperts have considerable medical know-how in the therapy of a variety of drug dependencies as well as we have the ability to supply a broad range of well established therapeutic methods to tackle your drug dependency symptoms, and also attend to the underlying reasons for your drug addiction

💊 What are the examples of designer drugs?

⛔ Is the designer drugs legal?

In general, no, designer drugs in their pure form are banned in the United States. But unfortunately, there is synthetic marijuana that mimics the effects of “club drugs.” We do not recommend using drugs.

🤕 What should I do if I am addicted to designer drugs?

If you want to get rid of addiction to designer drugs. You need to contact the Rehab Center – FloridaRehabExperts. Be careful, dependence on designer drugs is very dangerous, it is better not to delay it.

🌎 How many people in USA use designer drugs?

In mid-2020, in the United States, more than 20 thousand people were registered who applied to medical institutions with a problem of dependence on designer drugs. These are mainly people of 20-30 years of age.

🧪 Why are they called designer drugs?

The definition of designer drugs or synthetic drugs or club drugs got its name from the origin of these substances. Designer drugs are usually illegal and are created in clandestine laboratories.

Create your own review 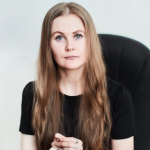