Drug rehabilitation in India is quite problematic despite laws that include treatment, rehabilitation and social reintegration measures for drug use offenders.

However, the lack of clarity in the provisions of the Narcotic Drugs and Psychotropic Substances (NDPS) Act, combined with moral judgments, social stigma and ineffective de-addiction facilities, has led to failure in providing narcotic users proper help in the process of recovery and prevention of addiction relapses.

Section 27 of the NDPS Act enumerates the punishment for drug use. The provisions of the section includes giving the presiding judge on a drug case, authority to punish a user with a maximum one year imprisonment; or to have the user sent to a de-addiction centre for rehabilitation. In order to be exempt from further prosection, the rehabilitating user must be issued a certificate of recovery by the de-addiction centre.

However, Section 64A offers immunity from prosecution through rehabIfation only once. If a user relapses and be tried for another drug consumption case, the presiding judge of the new case will issue punishment and terms of imprisonment for both the previous and the current offences.

Why Recovery and Rehabilitation is a Problem in India

According to the Chairman of the Karnataka State Mental Health Authority, Dr Chandrashekar, giving users one chance to recover isn’t enough. He also believes that drug-abuse should be decriminalised, while users must be evaluated for mental health issues.

However, a greater problem of the drug recovery measures in the country are the human rights violations being committed in de-addiction centres. Prominent Indian lawyer Rizwan Merchant says while the union government sees to the availability of de-addiction facilities in all Indian states, it does not supervise and maintain the facilities. He reports that patients are kept chained to their beds and without proper food provisions, while facilities lack hygienic wards.

The union government sets aside large amounts of funds for use of rehabilitation centres. According to the Karnataka State Mental Health Authority, there is only one doctor in each de-addiction centre. 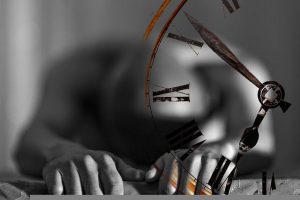 Most government-funded rehabilitation facilities do not even have experienced psychologists and psychiatrists. This therefore raises questions about the effectiveness of funding centres that cannot properly rehabilitate.

The greater question is whether private de-addiction centres are better and more effective in rehabilitating patients? Apparently not, as former patients who spoke with investigative reporters of ThePrint, confided that the privately-owned centres are only in it for the business. They are not really interested in treating the drug users, because relapsing addicts are much better as they bring more business.

Is There No End In Sight to India’s Drug Recovery and Rehabilitation Problems?

In Punjab, the government of former Amarinder Singh acted on such reports by revoking the licenses of many private de-addiction centres. Although the state made operating rehabilitation facilities more difficult, operators simply relocated to the neighbouring state of Pradesh, particularly in Himachal.

According to ThePrint, physical punishments and dehumanising treatment of patients are commonplace in private rehabilitation centres. The head of Himachal Pradesh State Mental Health Authority, Dr Sanjay Pathak, said they do not have the power to investigate cases as it is the duty of police authorities. However, neither the local police officers or families of patients give information to corroborate stories about tortures and physical abuse.

Drugs are widely available and affordable in India, although treatments are in the form of generic medicines.

These are narcotics that are basically the same as the medicines sold under brand names, but whose patents have expired. The distribution and sale of generic drugs in the country is through private companies that run under the PCD pharma franchise in India.

Although the procurement of drugs in India is not a problem, the NDPS Act does not make a clear distinction between drug users; whether the addiction is due to recreational drug use or the result of a medical treatment.