Obesity continues to be a major problem in the US as the current obesity rates in the US are still high, with Mississippi leading the pack at 39.1%; followed by West Virginia at 37.8% and Louisiana at 36.3%. Florida ranks 20th and recognized for having one of the lowest adult obesity rate of 27.2%. That is considering that at present, the national adult obesity rate in the country is 29.7%.

Florida health authorities say that this is partly due to the Healthiest Weight Florida program that they launched in 2013. However, the state, its environment and demographics have since evolved; calling for new policies that will address the growing health problems faced by overweight and obese Floridians. After all, high obesity rates in individuals can adversely affect individual health conditions.

The emphasis on healthy weight is in relation to the state’s goal of reducing the health risks of developing serious health conditions. Such health risks include diabetes, heart disease, stroke and cancer growths. Yet recent reports indicate that at present, only 34% of Florida’s adult population are living with a healthy weight.

Although estimates show that over 27% are obese, as many as 36% are overweight. Florida health authorities are concerned that if current trends continue, there is a likely possibility that Florida’s proportion of healthy adults will only be 30% by 2030.

Health reports indicate that negative lifestyle factors have caused Floridians to gain excess weight. First and foremost is the growing inclination toward a sedentary lifestyle. While on a national average, about 22.7% of Americans do not engage in physical activities or exercise, the inactivity rate among Floridians is higher at 25.8%.

Despite the high inactivity rate, many Floridians experience sleep deprivation, which has been identified as another contributing factor to overweight and obese conditions of unhealthy Floridians. Apparently such factors affect the production of certain hormones. The hormone deficiency in turn affects the body’s metabolism and ability to burn the calories stored in adipose tissues that serve as fat depots.

In 2020, Stanford University School of Medicine researchers found out that the normal body temperature of the human body during the 1800s was higher and not at all the 37 degrees Celsius we know today. The significance of such findings is linked to studies that show how the current low body temperatures had caused a related slowing down of the body’s metabolism.

Metabolism refers to the process by which the body breaks down food and absorbs nutrients, which can have an impact on people living less active lifestyles. Mainly because the body temperatures of people with sedentary lifestyles tend to be low and below the normal 37 degrees Celsius. That being the case, the low temperatures of people who are intentionally not active; or individuals who prefer not to engage in intense physical activities, do not promote a successful calorie-burning process. . 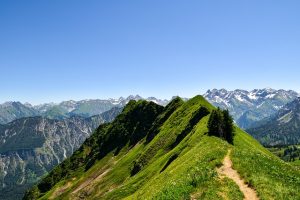 The reason why nutrition and fitness experts recommend the new Alpilean weight loss supplement is based on their review and assessments of how the formulation works. Made from Alpine plants that can help increase body temperature, Alpilean pills have been proven effective in maintaining the 37 degrees Celsius body temperature and in improving the body’s metabolism.

Based on compiled by GeeksHealth, the positive feedback outweigh the negative reactions. Alpilean website’s investigation of the complaints revealed that the pills in question were fake as they were not purchased from them. Moreover, in order to be effective, it’s still important for users to eat healthy, in moderate amounts and to engage in exercise or physical activities.